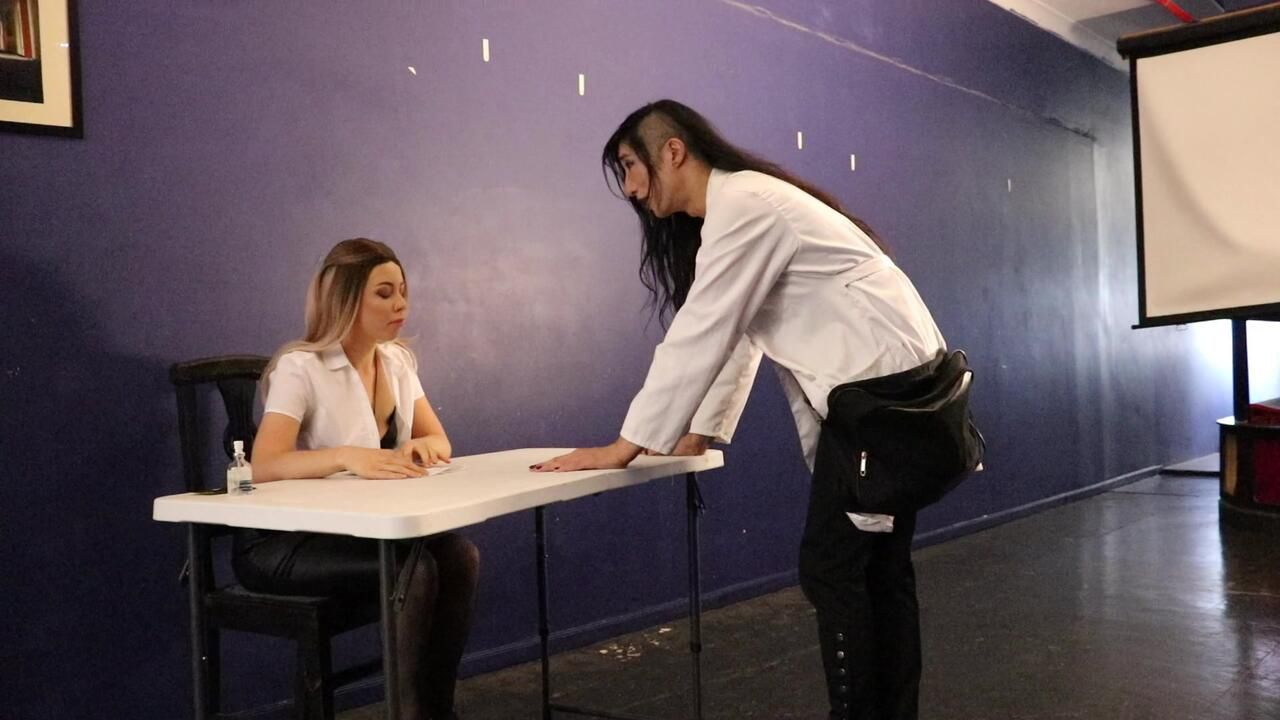 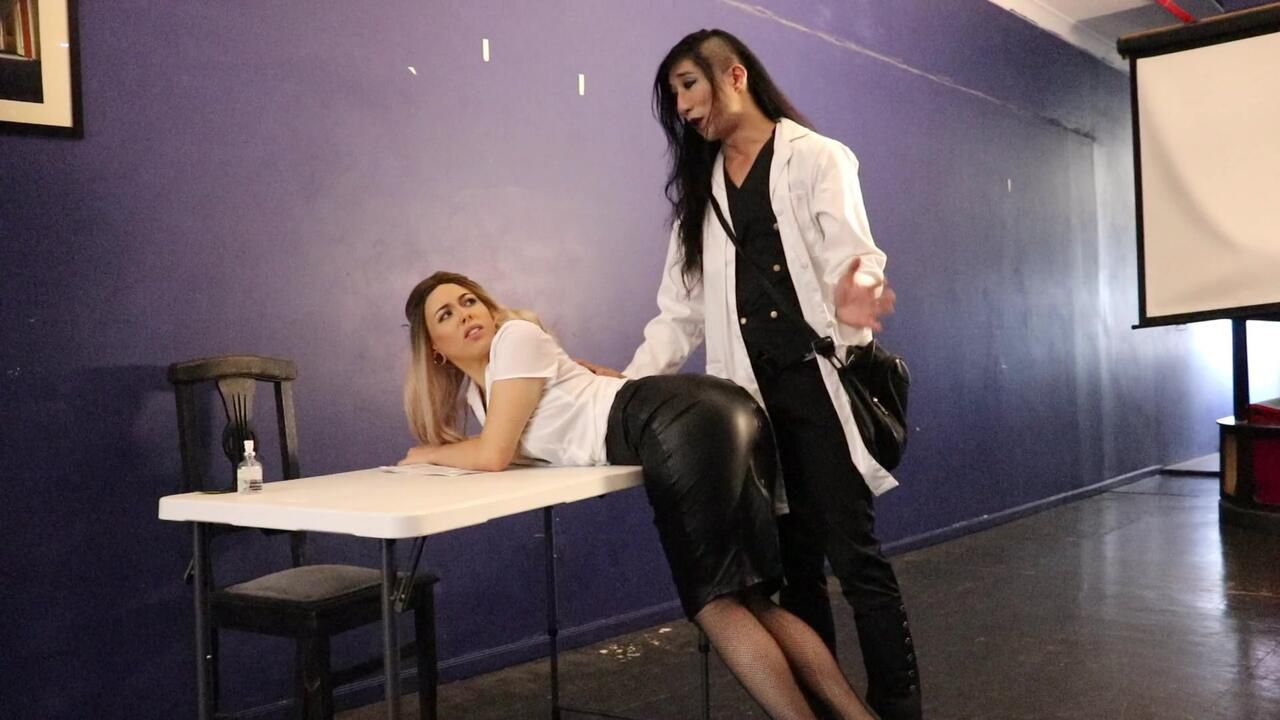 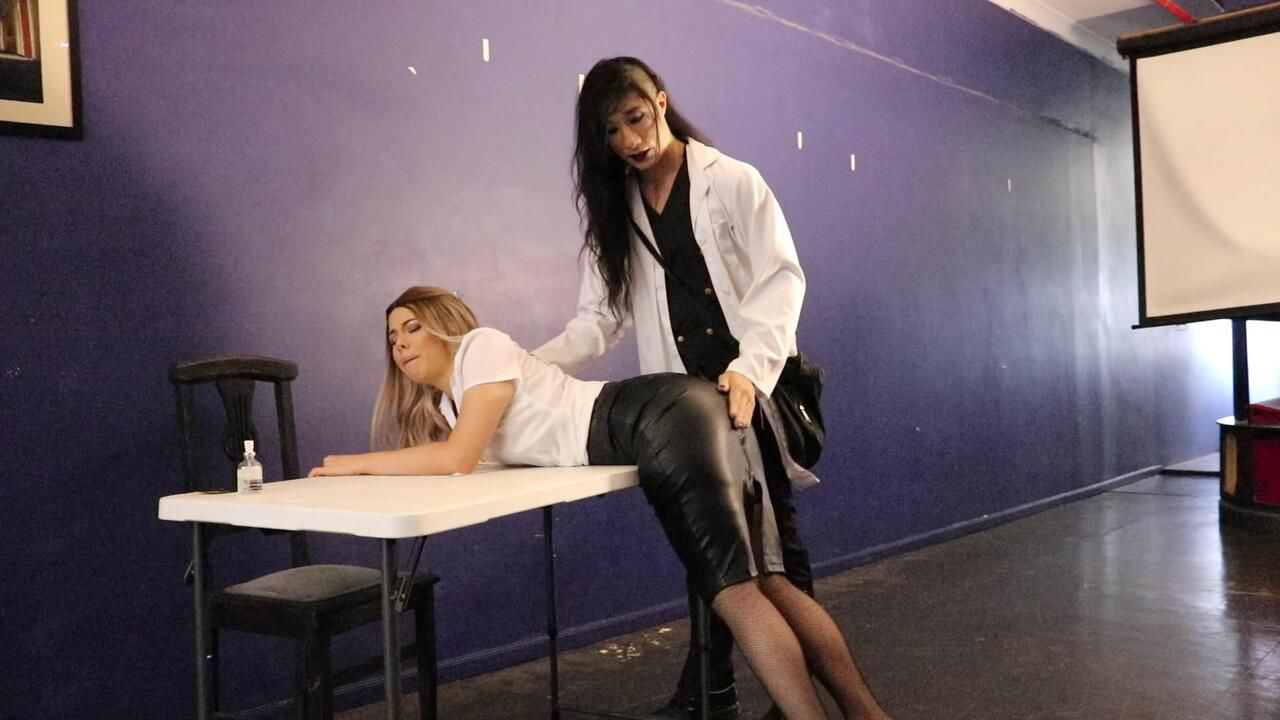 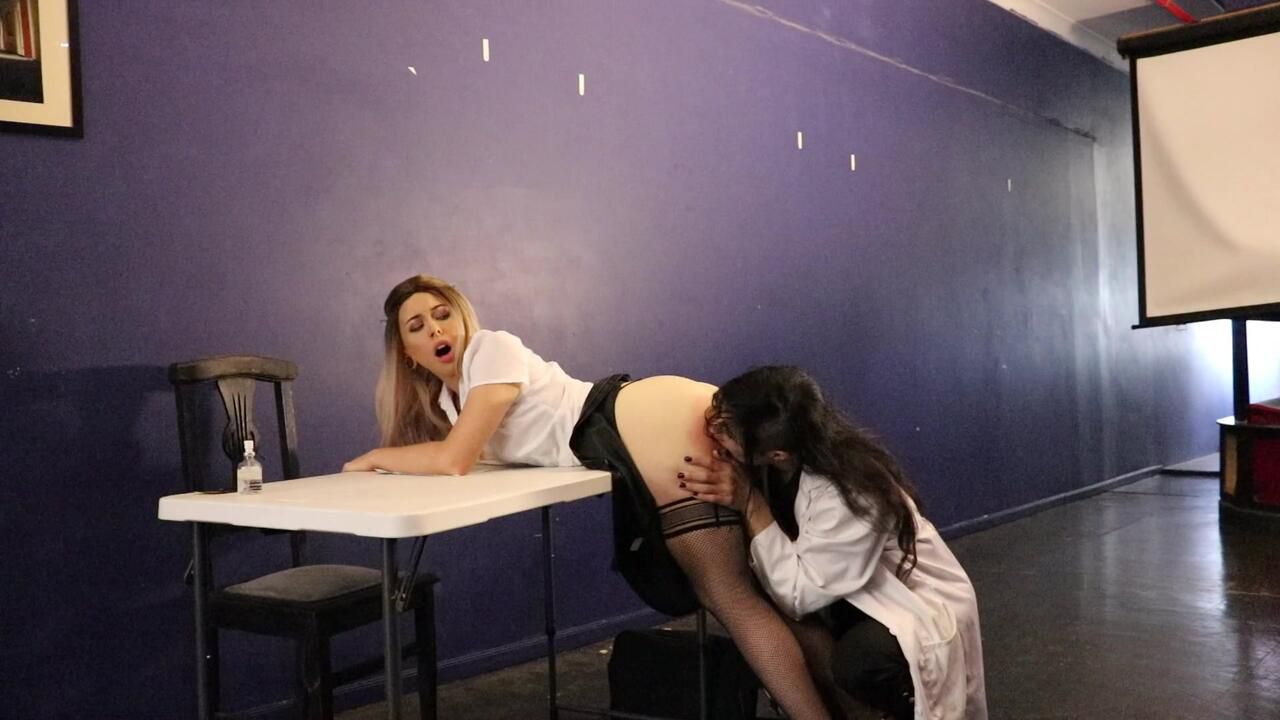 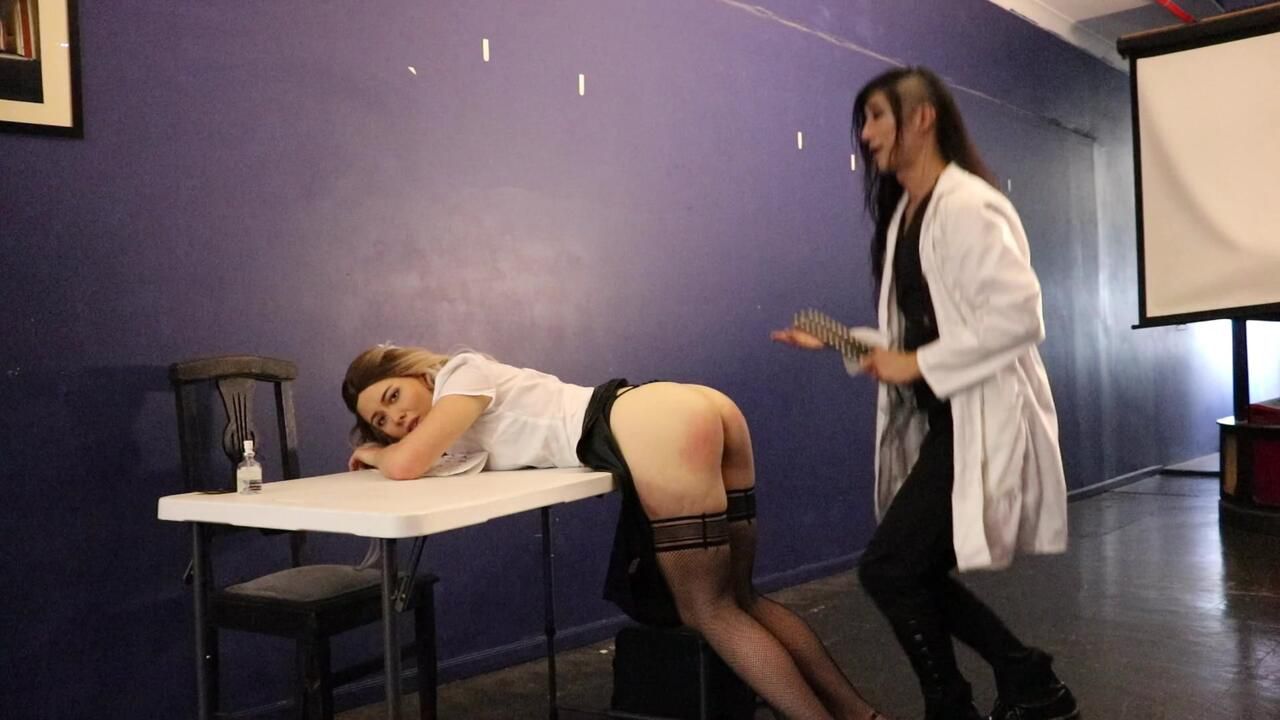 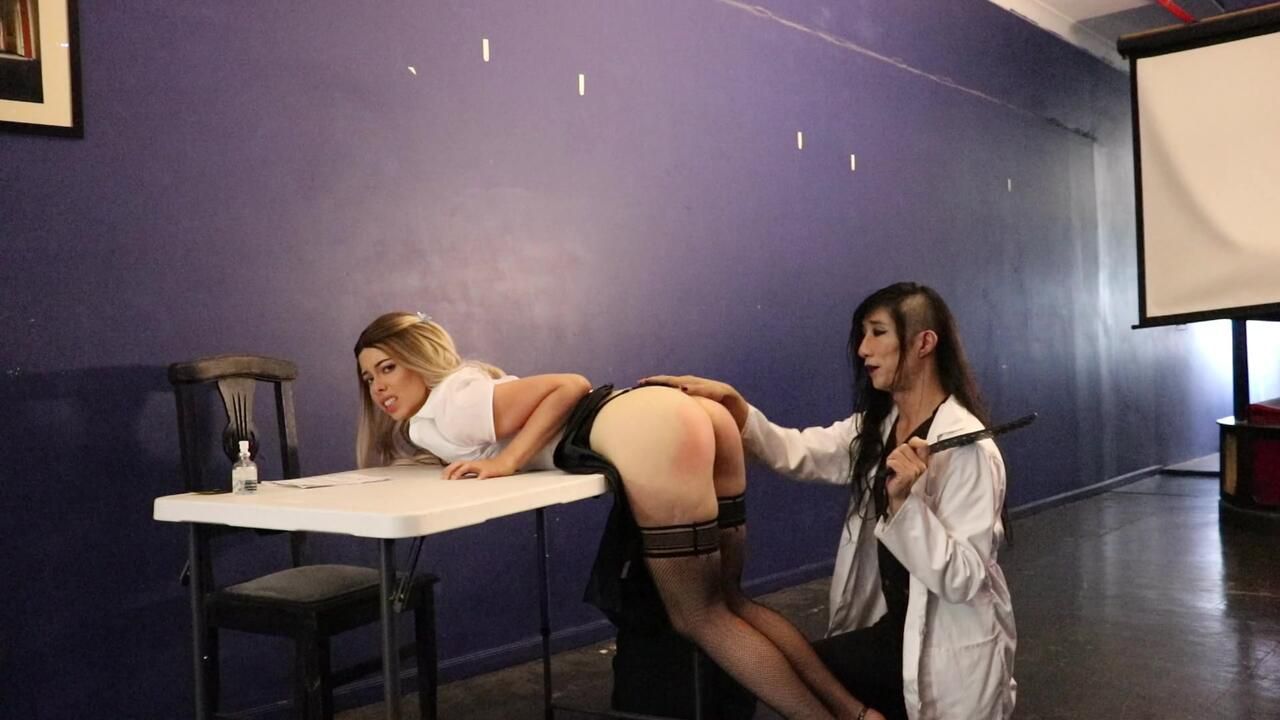 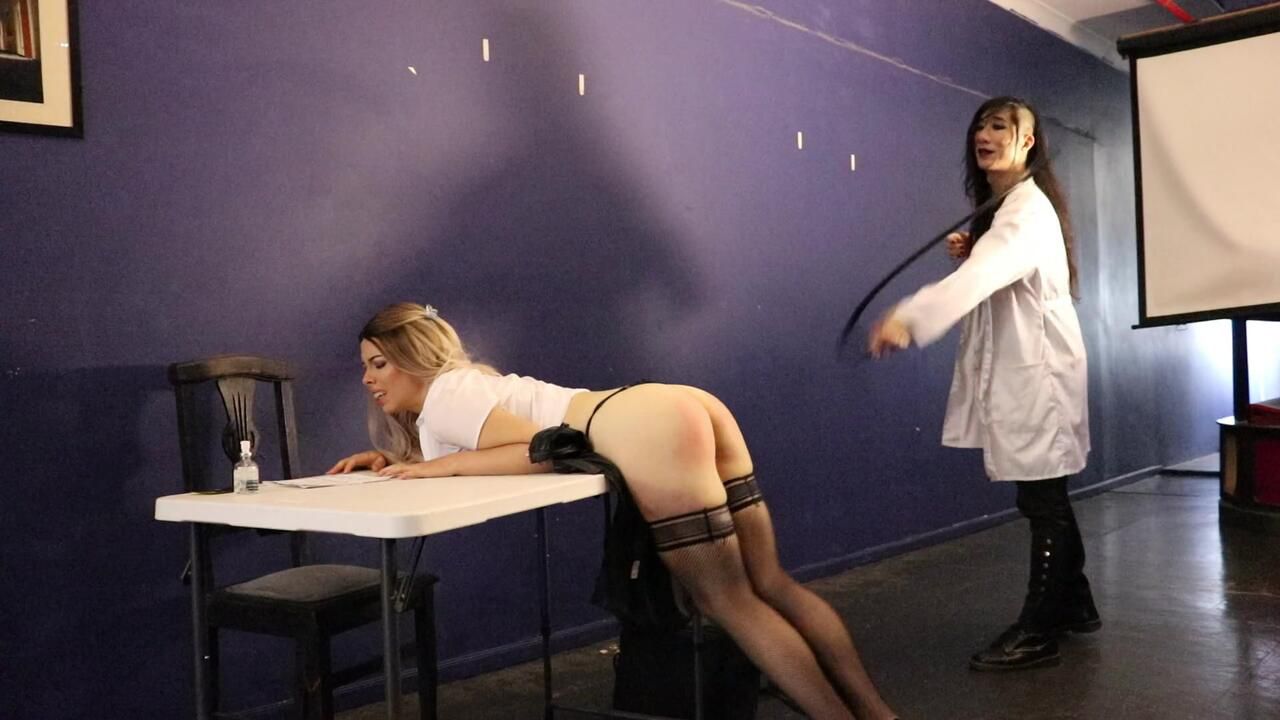 Secretary April's having trouble staying awake at her desk, and Doctor Jaiden's had enough... Unfortunately April didn't read the fine print of her employment contract... specifically the section on Corporate Punishments.

I throw her over the desk and deliver a thorough spanking, and April's protests turn into moans of appreciation and thanks. Her butt is turning a nice rosy red, but there's more in the contract... My belt is next, and she thanks me for ever snap of the belt that lands on her delicious ass. I pull out a studded paddle and deliver blow after blow as April writhes around gasping on the table, and finally the whip is brought out to deliver stinging strikes across her smooth pale flesh.

Join us in Part 2 as we perform a thorough examination of April to help cure her of her workplace ills!

Will she keep her job?

Get the whole series!